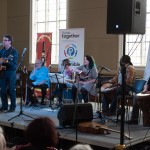 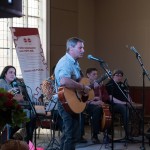 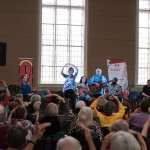 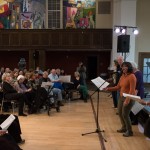 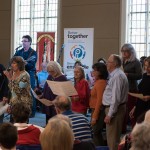 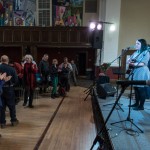 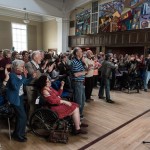 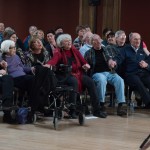 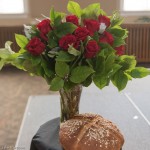 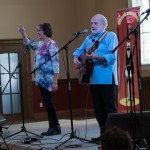 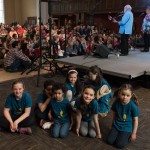 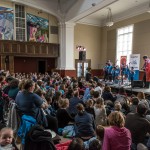 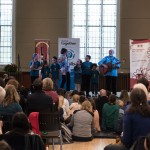 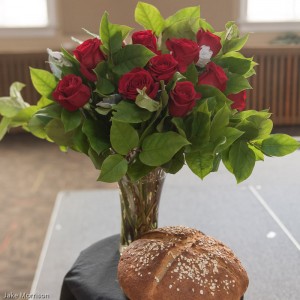 Both the Family Singalong and All-Ages Singalong in 2016 were well attended and together smashed our previous attendance records. A great hootenanny was had by all. Thanks to all who attended, to our artists, to the volunteers, and to our sponsors for making this year’s Gil’s Hootenanny a great success. This year’s event was attended by over 600 people. And thanks to Jake Morrison for the photographs. 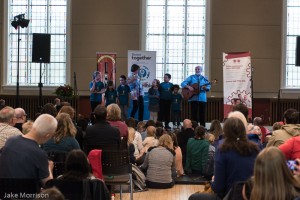 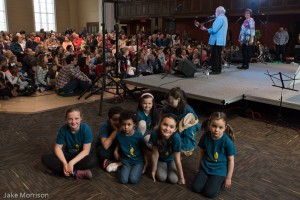 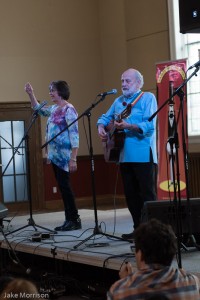 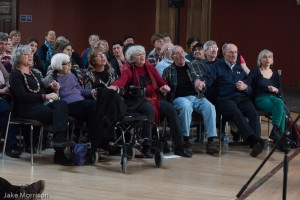 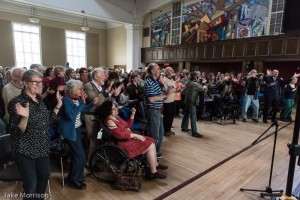 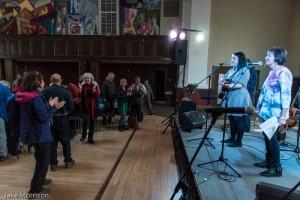 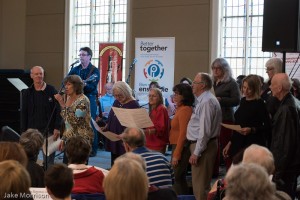 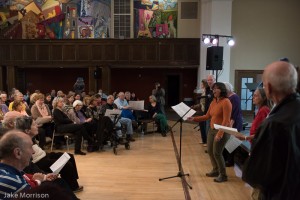 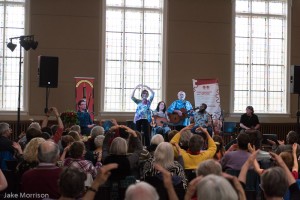 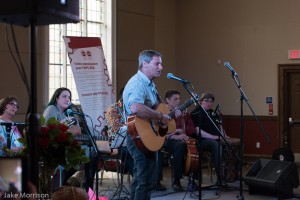 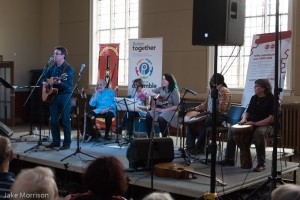 Hovis is a contraction of the Latin phrase hominis vis meaning the strength of man. A dense and nutritious loaf.

Make dough as usual. Shape to a round loaf and bake 30 minutes at 420 ° or until crust is quite dark.

Congratulations to the composers of the four songs chosen by our judges as “finalists” for the Gil’s Hootenanny 2016 “Sing-Along” Song Writing Contest. In no particular order the finalists are:

It’s not often that a summer camp is recognized for its cultural and heritage value, but such is the case for Camp Naivelt, which was given a heritage designation in 2010 by Brampton (Ontario) City Council under the Ontario Heritage Act.

The list of alumni from, and visitors to, the camp is impressive, and includes a number of influential Canadian singer-songwriters and musical impresarios. In fact, a July 1960 CBC recording from a summer concert at Camp Naivelt features a young Sharon Trostin (later Hampson) as well as a teenage Zal Yanovsky. As the Brampton Heritage Board noted, “Camp Naivelt’s most significant historical value is its rich and direct associations with Canada’s musical and artistic heritage.”

In reflecting on Camp Naivelt and its influence on her musical career, Sharon says: “At Naivelt, I learned that singing brings people together in a way that I can only describe as sublime. The Camp also inspired me to create music that appealed to people of all ages.”

Bram Morrison honed his performance skills in folk clubs and folk festivals in the 1960s. One of his earliest influences was Canadian folk music legend Alan Mills, for whom Bram started as an apprentice and, over time, became an accompanist and partner. Bram performed with Mills at the Mariposa Folk Festival in 1965. He also performed solo at the Festival until 1978, when the legendary trio, Sharon, Lois and Bram, was formed.

Bram contributed an article about Mills to the Mariposa program in 1978 entitled “Alan Mills – Apprentice to Master, Friend to Friend”, which was subsequently reprinted in the Canadian Folk Music academic journal in 1996.

Bram last performed at Mariposa in 2015, not only debuting his solo album, “We’ll Pass Them On”, but also paying tribute to Mills, who was inducted into the festival’s Hall of Fame that year. Among Bram’s set list was Mill’s signature song, “I Know an Old Lady Who Swallowed a Fly”.

A link to Bram’s article on Alan Mills, which can be accessed through your public library, can be found here.

Musicians strive to create and present music that makes a meaningful connection with their audiences. For Sharon Hampson and Bram Morrison, forging that linkage comes naturally. Their exuberant delivery, combined with an eclectic mix of participatory music, brings a timeless quality to their performances.

As Bram explains, “Our concerts are designed to share the experience of making music with our audiences.” Sharon adds: “The sounds of families singing together brings us deep satisfaction, as we all “sing to ‘to our hearts’ content’.”

Among the many outstanding songs Sharon & Bram will be highlighting at the 2016 Gil’s Hootenanny is “Talk About Peace”, written by Sharon’s husband, Joe Hampson.  Joe, who passed away 10 years ago, was a member of Canada’s beloved folk group, The Travellers.

He joined The Travellers in the mid 1960s, and is credited with bringing “wonderful harmonies and spontaneity” to the group. He last performed “Talk About Peace” in 2006.

According to Sharon: “The Travellers and I trace our origins to sing-alongs at Camp Naivelt, so I will be continuing the tradition at Gil’s Hootenanny”.  She added: “I am also delighted that we will be sharing this beautiful song with a new audience.”