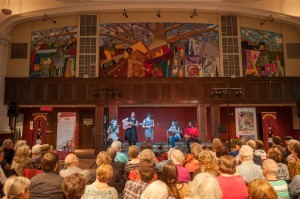 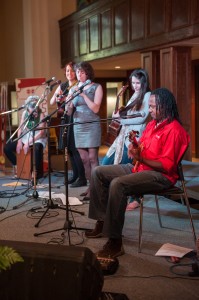 The success of the 613 Casual Choir (standing room only at the first couple of meetings) is evidence that there is a longing among people in our community to come together to sing. The hootenanny marries that aspect of togetherness with a focus on social change, protest and hope. 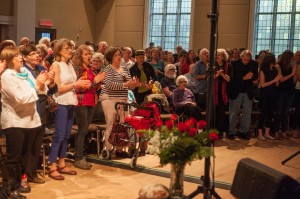 Audience participation and enthusiasm in 2013

The planning for this year’s hootenanny included a song-writing contest. Aspiring song writers were invited to submit a recording of an original song about protest and hope that they felt they could teach a crowd to sing at the hootenanny. A panel of judges narrowed entries down to three finalists who will perform at the Grassroots Festival (Sunday, April 27th, 3:00pm at the Montgomery Legion, 330 Kent St). The winner will go on to perform and teach the winning song at Gil’s Hootenanny on May 1st.

The other performers at this year’s hootenanny will include veteran Ottawa troubadour Sneezy Waters and artist, songwriter and poet Evelyn Parry, of Toronto. They will be joined by the Hootenanny House Band, comprising Chris White, Erin Saoirse Adair, Lyndell Montgomery and Elage Mbaye. It will be their job to keep everyone singing!

You can read more about Gils’ Hootenanny at gilshootenanny.ca. The organizers of the event hope to inspire Canadians in other communities to come together to sing songs of protest and hope

Gil’s Hootenanny: Songs of Protest, Songs of Hope will take place on Thursday, May 1 in Scotton Hall at the Glebe Community Centre, 175 Lyon St. at 7:30pm (doors open at 7:00pm). Tickets can be ordered online at www.rasputins.ca/e-store/, purchased at the Ottawa Folklore Centre at 1111 Bank St.,(613) 730-2887 or at the door. Accompanied children under the age of 16 are welcome to attend at no charge.

“There’s no such thing as a wrong note as long as you’re singing it”. 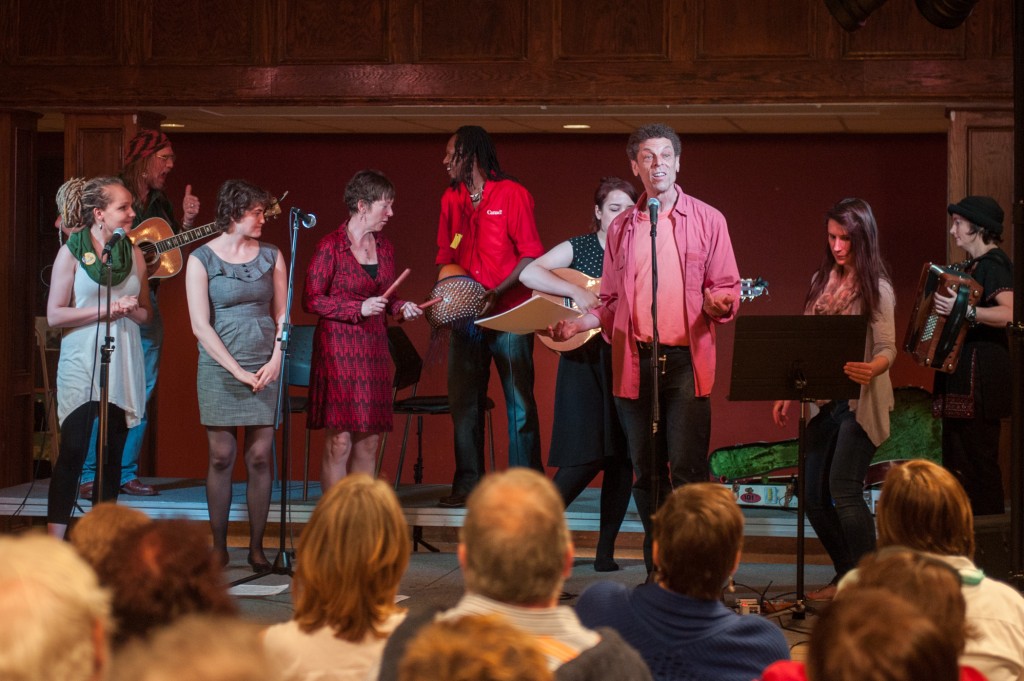