Gil’s Hootenanny’s is delighted that its 2017 emcees are two familiar voices and faces from the Ottawa music scene: Karen Flanagan McCarthy and Tony Turner. 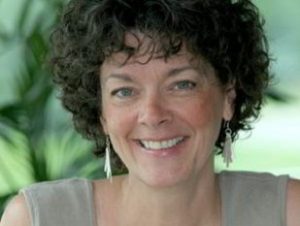 Karen Flanagan McCarthy is well known in Ottawa’s folk music community for her 15-year stint as the founding main stage host (with the legendary Chopper McKinnon) of the Ottawa Folk Festival. A former CBC broadcaster, Karen’s contribution to the Folk Festival not only included her dynamic, bilingual on-stage presence, but also her behind-the-scenes contribution as a member of the Board of Directors and Steering Committee.

Karen’s important contribution to the Folk Festival was recognized in 2011 when she was inducted into the Ottawa Folk Festival Builders Hall of Fame. She served on the Board and the Executive of the Ontario Council of Folk Festivals (now known as Folk Music Ontario). Karen is Crew Chief of the Living Archives Crew and one of the volunteer photographers for the Shelter Valley Folk Festival. An established photographer and communications specialist, Karen now leads her own communications company. Karen’s continuing enthusiasm for the Ottawa music scene will be on display at the Hootenanny.

Tony Turner is a product of Ottawa’s rich roots music scene. Tony’s much-loved anthem “Circle of Song” is one of a handful of Canadian songs recently published in Rise Again, the 2015 sequel to Rise Up Singing, the popular folk music songbook. His catchy tune “Harperman” propelled him into the international spotlight for his courage and honesty and garnered the singer a 2016 Spirit of Folk Award from Folk Alliance International.

Besides hosting Gil’s Hootenanny 2017, Tony will also perform a song or two at the event.

The 2017 Hootenanny will take place on Monday, May 1st at 7:30pm in the Clarke Room at the RA Centre, 2451 Riverside Drive. Staffed by UNIFOR members, the RA Centre is accessible, has loads of parking and is well serviced by OC Transpo. Tickets are $10.